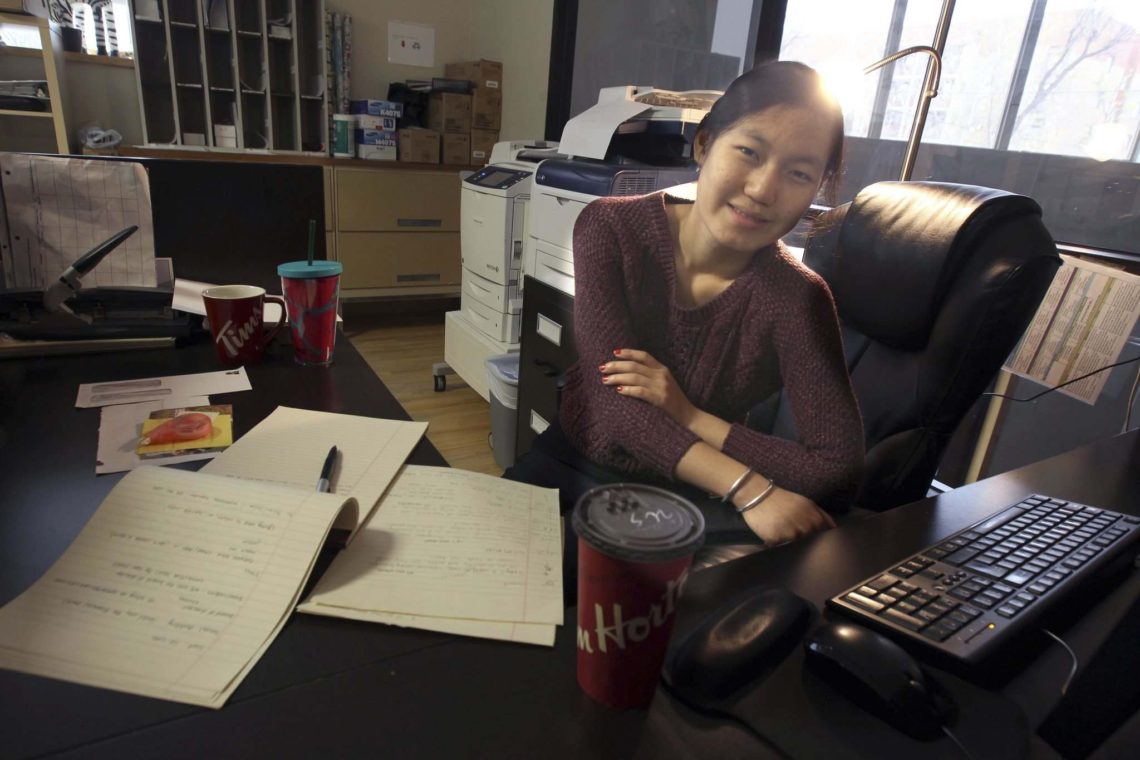 The main program of the Manitoba School Improvement Program — one of United Way Winnipeg’s core-funded agencies — the Peaceful Village provided Moon with a safe place to belong and meet people, opportunities to grow and a network of resources.

“Coming to a new country is difficult, and participating in a program like this you get to meet a lot of new people from different cultures and different beliefs, and you get to learn a lot of things from them. It helped me so much,” said Moon, whose father died in 2002. While her mom was able to bring six of her children to Canada in 2011, she sponsored her eldest, Moon’s brother, and his family to come to Canada two years ago.

By attending the Village, students can earn scholarships of $1,000 per year to be used for post-secondary education.

Moon, who attended for four years, said she earned $4,000, which covered nearly half of her tuition to earn a college diploma in accounting and payroll administration. She was hired as an administrative assistant by the Manitoba School Improvement Program.

Executive director Daniel Swaka said the Peaceful Village is one of five Manitoba School Improvement Program learning centres operated in school communities. The others are at Hugh John Macdonald School, Acadia School/Fort Richmond Collegiate, Glenlawn Collegiate and the program’s building at 357 Bannatyne Ave. He said about 600 students are served by the programs.

In its Three Years for a Better Winnipeg plan unveiled earlier this fall, United Way Winnipeg has committed to connecting 1,800 more kids with mentors. If you would like to help create more mentorship for kids, please donate to United Way online at www.UnitedWayWinnipeg.ca/give or call 204-477-UWAY (8929).